Caring for a Child Without a Country - Women of Welcome

Caring for a Child Without a Country 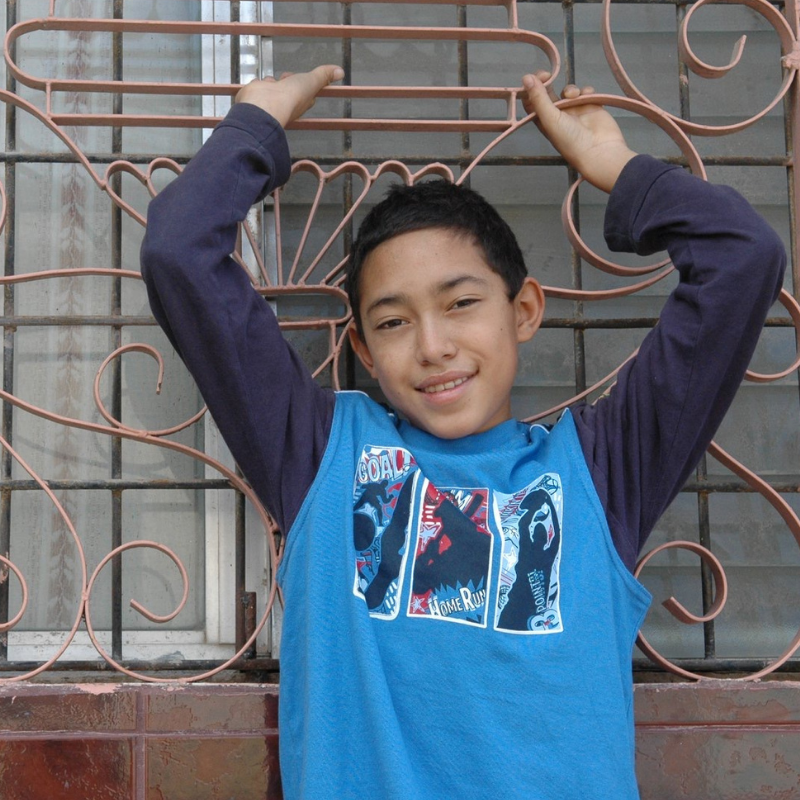 “When you know what’s happening, there’s a point where you are responsible to help.” -Rachel

Rachel* and her husband Mark* had seen hopelessness in a country where jobs are scarce and the threat of violence is real. They saw the complexity of immigration from the side of those who feel the need to leave, but it wasn’t until they were faced with helping a Honduran child stuck in the murky waters of the U.S. system, that they truly understood how complex immigration really could be.

They had lived in Honduras for over a decade working at a boys’ home for teens who lived on the streets. She and Mark, now living in the U.S., heard from a close friend in Honduras. “Francesca* is a faithful, compassionate person,” Rachel says. She was married young and had several children, but was struggling to support them. Her husband had been looking for reliable work for seven years and his family was part of a family feud in which people had been killed and he felt their lives were in danger. In January 2019 he left with their 11-year-old son, Ruben*, to try to get to the U.S.

They paid a coyote to bring them through Guatemala and Mexico and then turned themselves in to immigration at the border to ask for asylum. After they were in the U.S. Ruben wasn’t allowed to call Francesa very often and she became increasingly concerned about his living conditions with relatives in Utah. She also couldn’t get many answers about where he was in the immigration process.

Rachel wanted to help Francesca and her son, but when she talked to her husband he was hesitant to get involved. She says she just couldn’t let it go. “This child can’t control what is happening to him, and we may be the only ones aware of that and willing to try to help him,” she thought. She started researching and asking around to figure out what was happening and what she could do.

Rachel was no stranger to the nuance of immigrant and refugee situations, as she and her husband have a son who is the biological child of resettled refugees from Congo. Yet, figuring out how to best help Ruben was seeming more complex than she ever imagined. His mom had texted her photos to Rachel of their entry documents a year and a half before, but now his father couldn't produce them. Rachel called agencies and attorneys in both her state of residence and Ruben’s, but couldn’t get any clear answers.

Rachel attended the Women of Welcome Atlanta event in early 2020 and got connected to one of the Welcome ambassadors, looking for resources. As she dove deeper into trying to help, she realized what is true in one state isn’t true in another. She was finally able to get answers about getting temporary legal custody with the permission of both parents through her local probate court.

She says that completing the guardianship process in time for the start of the 2020 school year was nothing short of miraculous and her husband commented that, “when you decide something is going to happen, it happens!” She needed a notarized consent form from Francesca, who could only legally leave the house once every two weeks because of COVID restrictions in Honduras and then would have to rely on a notoriously unreliable mail system.

Francesca easily got the form notarized and was able to connect to someone who was flying out of the country the very next day and could bring it personally. That person put the documents in the mail in Texas immediately upon arrival, and they were in Rachel's hands within four days from start to finish!! With Ruben’s father’s signed papers in hand as well, the couple got background checks and were awarded temporary guardianship.

The challenges of navigating the immigration system have only just begun, but Rachel is committed to helping Ruben walk through it. They are attending to his practical needs like dental work, counseling, and getting him settled in school, which have to come first. While he has a good grasp of spoken English which he picked up from his English-speaking cousins in Utah, he can’t write it well and is repeating the 5th grade. Rachel is talking with an ESOL teacher and figuring out how to best help him academically as he is currently in school only two days a week during the pandemic. His English and Spanish are now both a bit halted at times, and Rachel says that while he has been highly adaptable and knows how to quickly blend in, it is at times like he is without a country and without a dominant language, with no place to truly fit.

COVID complications are exacerbating the complexities of the immigration process as consulates are closed and Ruben is still trying to get the right documents to receive his passport. After talking with Ruben and Francesca, everyone agrees that the best option is to see him reunited with her and her younger children in Honduras, as he continues to miss them desperately. Rachel and her family will be able to continue to support his education, at an English-speaking school in the town where his mother lives. But for now, as they continue to research how to legally close his asylum case and protect his future options, they are all in limbo.

Rachel says, “Honduras for teenage boys is such a hard place. There are very few jobs and there is so much criminal activity.” She talks about how those who can receive an education face extortion by gangs once they start a small business. “You just can’t win,” she says. “It’s very hard to understand because in the U.S. we tend to believe that you can work hard and ‘pull yourself up by your bootstraps.’ In many other countries, it just isn’t that simple. Most opportunities are based on your place in society, which then leads to your connections and who you know.”

“It has awakened us to this side of immigration,” Rachel says of the process so far. “And we also know that it’s amazing that he and his father got across in the first place.” She says being a part of Ruben’s immigration journey gives her a renewed sense of compassion for the people of Honduras and of the world.  As a family who already understands the Honduran culture, she says she hopes they can be a “bridge family” to help people understand how complex the situation is and to also look at the issue with hearts of compassion.

*Names have been changed for the protection and privacy of those involved in the story.