I am a DREAMer: Ana's Story - Women of Welcome

I am a DREAMer: Ana's Story 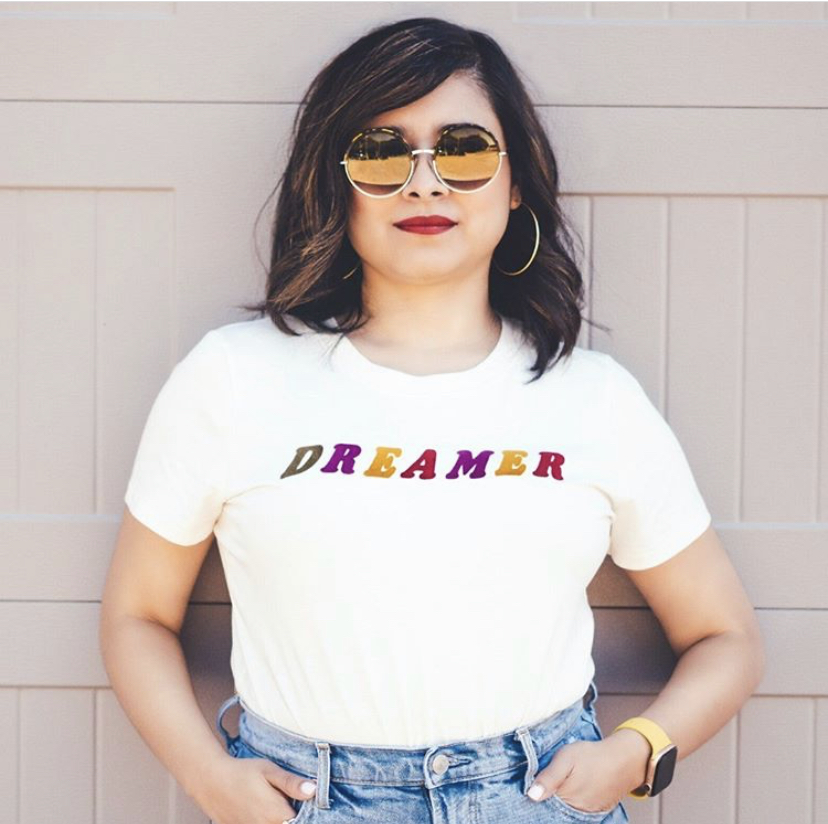 DACA, or Deferred Action for Childhood Arrivals, provides protection from deportation and a work permit to undocumented children who arrived in the U.S. before the age of 16 and have lived here for multiple years, among other prerequisites. They must also not have any felonies or multiple misdemeanors listed on their records, and they must have graduated or be enrolled in school.

DACA children are commonly referred to as DREAMers. DACA does not ultimately provide a pathway to citizenship, but qualified recipients can reapply for DACA protection every two years. Most DREAMers have lived most of their lives in the United States, and DACA provides them with a way to study and work in the only home many of them have ever known.

Ana is a DACA recipient. This is her story.

I vividly remember June 15, 2012. It was my little sister’s graduation from the University of California, Irvine, and we were getting ready for her big day. The TV was on in the background, playing either Telemundo or Univision. I can’t quite remember which. When the president came on the TV, we all stopped what we were doing to listen as he announced the DACA executive order. Incredulous, yet overjoyed, we all hugged each other!

I came to the U.S. with my family when I was 14 years old. My parents and younger siblings had received their green cards earlier that year through a family petition that was filed in 2001. I aged out of the process and remained undocumented. Getting the news that I could now receive a work permit and protection from deportation filled me with hope. I felt less abandoned. I was given the opportunity to occupy the spaces that were open to my family members as legal residents.

For weeks, I anxiously waited for the DACA forms to become available, checking uscis.gov every chance I got. Once the forms were finally available, I filed my own DACA application. I googled DREAMer blogs, which helped me put together 100+ pages of evidence that demonstrated my continuous presence in the US from 2007 to 2012. Unlike younger applicants, I couldn’t just submit my school transcripts. I graduated from college in 2007 and had worked multiple jobs between then and DACA day 2012. Those jobs ranged from tutoring, babysitting, helping the family business and volunteering at local schools. I had to provide documentation of all these things and more with my application. I often wonder what the immigration officer’s face looked like when he saw my very organized, yet very messy life in front of him. In the end, I received my first DACA work permit on September 28, 2012.

Months later, a friend asked me to join her as a volunteer at World Relief where she was helping with DACA applications. That is how I first started down the path to helping people like me find ways to get legal status. In high school, I dreamt of being an immigration attorney. Back then It felt like an impossible dream — one that I don’t think I ever even said out loud. I wanted to be someone who could provide accessible information to others in my community who were seeking legal status.

I had been exposed to too many injustices not to do something about it. Too many friends and people from church had fallen victim to scams —so-called notarios — who took advantage of people’s desperation to have legal status, only to lead them into significant financial loss and, at times, facing deportation and family separation.

At World Relief, I found a path to my dream. After going through an extensive training process to become a Department of Justice accredited representative, I was allowed to practice immigration law (with limitations) as a non-attorney. For the past seven years, I’ve had the privilege to do what I always wanted. To top it off, I get to work with an amazing group of people that have become my family.

But then, 2017 happened. That year was the worst year of my life as a reality that had been dormant awoke in me. DACA had given me a false sense of belonging and my mom’s death slapped me back into reality: I am undocumented in this country.

My mom passed away unexpectedly while she was visiting Peru. While everyone else in my family was able to travel to Peru to see her one last time and to mourn with our family, I stayed behind.

Thankfully, I am blessed with amazing friends who love me and knew just how to see me through this terrible situation, but the sting remains. I had to stay behind —  an ever-present reminder of my undocumented status. And while my mother’s passing struck me to my core, 2017 was also the year a new presidential administration was appointed in the U.S. This new administration sought to terminate DACA. Over the next three years, the administration would introduce many other immigration policy changes, making practicing immigration law even more difficult than it was before.

Immigration in general is a mess. It seems like every other day there are new policies, new forms, new fee hikes, less options for those with low income, new barriers making it impossible for people to get their papeles. In the five months since COVID-19 hit the U.S. alone, at least 47 immigration policy changes have been introduced, and I feel it all.

All these changes are happening to me, they are attacks to people like me. We are working, supporting our families, doing our best to be considered “of good moral character,” hoping for a pathway to get permanent status. We, undocumented people, we already belong. We just don’t have the plastic card that proves it.

Last week, the U.S. Supreme Court blocked the administration’s attempt to terminate DACA, a temporary victory in this long and arduous battle. While I breathed a sigh of relief, the Court said the administration could still end the program if it were to follow the proper procedures. As anxious as that makes me —  for myself, for my friends, for my clients — home is here. I will file as many applications as I can until the end. I will do my best to help as many people as I can to ensure they continue to have protection from deportation and a right to legally work.

My siblings are US citizens now. I helped with their processes myself! I know what life without DACA would be. Hard doesn’t quite describe it, and I don’t want it. But I have hope.

This story was adapted from our supporting partners at World Relief (first published June 29, 2020).

Ana Jara is a Department of Justice (DOJ) Accredited Representative at World Relief, where she has worked for six years. She graduated from UCLA and has worked in the nonprofit sector serving the Latino community ever since.