Take a Number - Women of Welcome 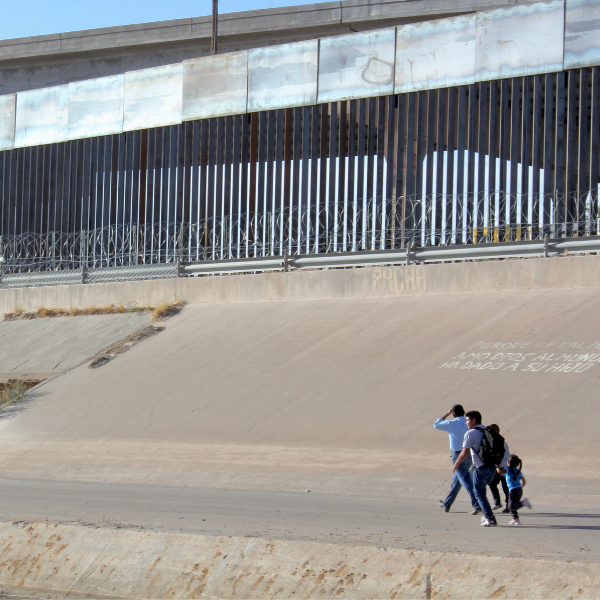 People around the world are fleeing violence, oppression, and poverty. U.S. asylum law states that any individual arriving in the United States is allowed to request asylum, whether or not they have arrived at a designated port of arrival. Anyone wishing to claim asylum has historically been referred to an asylum officer who could then process their claim.

In 2018, however, things changed. The government instituted an informal immigration process known as metering. Under this metering process, Customs and Border Patrol (CBP) agents are stopping families and individuals at the border, assigning them a number, and returning them to Mexico to wait until their number is called. Once their number is called, only then can they claim asylum and begin the immigration court process. Hundreds of immigrants and asylees wait months in Mexico, with no way to know when their number will be called or if their request will be approved.

CBP claims this unofficial policy was put in place to assist with the backlog of asylum claims. However, fewer claims have been processed since metering was enacted and there has been little effort to hire more claims officers. This has left me to wonder whether the process was truly intended to help, or whether it serves as a deterrent to vulnerable people seeking the protection that they so desperately need.

I visited Tijuana in early October (2019) to get a firsthand look at what asylum seekers experience when they reach our border. Like those waiting to seek asylum, my morning started early. Each day, asylum seekers gather near the border in hopes that their number will be one of the few called that day. Those who are called will finally have a chance to formally claim asylum. On this particular day, only eight numbers were called. On World Refugee Day this past summer, not a single number was called.

I arrived at 8 a.m., just as the metering process was beginning. I waited just beyond the huddle of asylum seekers and met a young man whom World Relief was representing in his asylum claim. As a university student in Venezuela, this young man had joined a group of protestors who were demonstrating against the Maduro regime. As a result, he was followed by Maduro’s men, attacked, and beaten for speaking out. Sadly, this is a common story in places like Venezuela.

Fearing for his life, my new friend fled Venezuela and arrived at a legal port of entry in Tijuana in May 2019. He took his metered number and returned to Mexico to begin his wait. Two months later, however, the U.S. government decided that anyone who had passed through another country on their way to the U.S. needed to first claim asylum in that country, before claiming it in the U.S.

Although my new friend had arrived in the U.S. before this rule was put in place, he couldn’t officially claim asylum until his number was called. If he had not been stopped at the border and put into the metering system, he could have claimed asylum as soon as he was on U.S. soil. This little technicality - that he was “already” but hadn’t technically been able to claim asylum - could drastically alter this young man’s future. It’s highly likely his claim will not be granted because he did not seek asylum in any of the countries through which he had passed. My friend had followed the rules of the time. He had taken a number, and now he’d likely be told to go back home.

In the midst of my sadness and frustration, I visited a small Baptist church on the Mexican side of the U.S./Mexico border and found some glimmer of hope. This small church had become a safe haven for many of the brave individuals and families who have traveled to the U.S. seeking asylum. On a typical Sunday, this congregation of only 100 people or so, shelters up to 40 asylum seekers, whom they call “guests” rather than “immigrants.”

This church had taken spaces that they likely needed for their Sunday morning programming and turned them into dorm rooms. I walked through the church and saw the most beautiful wooden bunk beds I had ever seen! They may not have been much, but they were a sign of the local church in action.

This church had become God’s grace to people in need. While I found myself so saddened by the stories of asylum seekers and frustrated by the “take a number and then go back” procedures, I left feeling a sense of hope after seeing a clear picture of what God’s people, his church, could be.

This story was adapted from our supporting partners at World Relief (first published October 18, 2019 ).